Emergency Communications for Faith Based Organizations

This reveals a great question when a FBO is asked to assist in a disaster. The first impulse would be to simply give several P25 radios to the FBO but the logistics of such a move are p 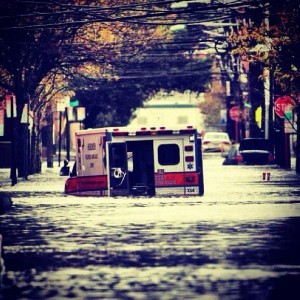 rohibitive. Most FBO instead fall back to maintaining an independent posture and utilize their own
communications systems. How will these FBO communicate with FEMA when they are called into a disaster area? Communications infrastructures may be unreliable, resources scarce, movement restricted, or volunteers may not have the training to use available communications equipment. American’s are encouraged to utilize available training from FEMA called the National Incident Management
Systems (NIMS). These courses relate command and control paradigms but do not actually teach a second responder how to use a two-way radio.

Most FBO instead fall back to maintaining an independent posture and utilize their own communications systems.

The idea of relying on government resources when a disaster strikes is foolish. Government warnings about having  prepared kits and plans are frequently broad. However, during Super Storm Sandy, residents took to the streets to find power. Thousands of New Jersey residents could be found prowling the streets looking for power to charge portable devices and Internet connections. In the midst of watching all of their possessions float away, they grabbed their smartphone. I think this illustrates the need to embrace the tendency and figure out how to use these personal devices to keep the lines of communications open.

Let us know your thoughts about using personal communications devices during a disaster.